A nose bleed is called epistaxis, and this is a fairly common condition. If you have ever had a nose bleed, you probably did not even realize that only one nostril was bleeding. The blood comes from the tissue that lines the inside of the nostrils. Nosebleeds are more common in people who live in dry climates, and they occur more often during the winter months. Children ages 2 to 10 and adults ages 50 to 80 are at the highest risk for having a nose bleed, and these are most likely to happen during the morning hours (doctors are not sure why).

The majority of time, a nose bleed is not serious. There are only a few reasons why a nose bleed could be serious and even life threating. There are several reasons why you may experience a nose bleed. The blood from an anterior nosebleed comes from in the nasal septum. The nasal septum is made up of tiny little blood vessels that all join together in the area of the septum called the Kiesselbach plexus. Almost 90% of all nose bleeds come from this area. This type of nose bleed can be treated at home, most of the time, but occasionally, a trip to the hospital or doctor’s office is necessary.

Other Causes of Nose Bleeds Include:

If you or your child has frequent nose bleeding, you should consider seeing a nose and throat specialists. There are accompanying symptoms and signs that indicate an underlying problem. These include:

When the nose bleeds, it should not last longer than 10 or 15 minutes, although it can bleed for as long as 30 minutes. If the nose bleed has not stopped within 30 minutes, medical attention is required. Most nose bleeds can be treated at home. Young children and even some adults will start to panic if they have a nose bleed. Keeping them calm is priority. When a person gets upset, and the flight or fight response occurs, the adrenaline starts to pump. This can cause the nose to bleed more or for a longer period of time. Some tips for caring for a nose bleed include: 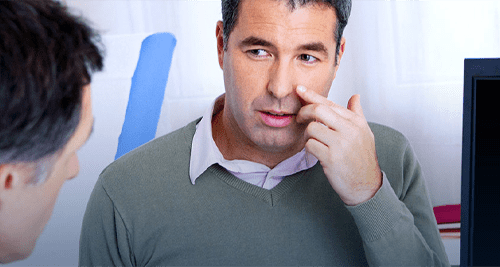 Are you one of the 37 million Americans who suffer from chronic sinusitis? Request an appointment today to eliminate your symptoms and reclaim your days, without stuffy nose, sore throat, and constant coughing and sinus pain.

Request an Appointment
How Bad Are Your Sinuses? Evaluate Your Symptoms with our Quiz  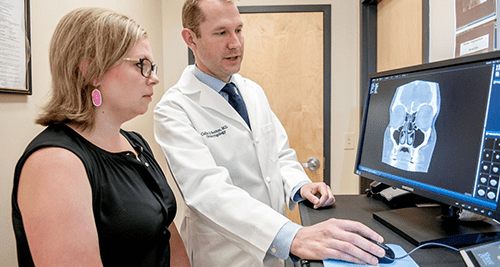 We offer a number of services when it comes to your Ear Nose and Throat health.